Autopsy on Dr. Claire Broadbridge says in last moments she was facing her attacker 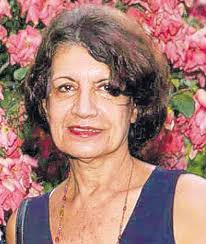 An autopsy performed on Dr. Claire Broadbridge says in the last moments of her life, she was facing her attacker.

According to Dr. Alexandrov, the stab wounds were shallow, and classified as superficial injuries.

However, he says it paints a picture that the elderly woman saw her attacker coming for her, and would have attempted to escape her assailant by backing away.

She then fell to the ground, and it was at this time her attacker used the same knife with which he had stabbed her twice, to cut her throat from ear to ear.

The injury, according to the autopsy report, was about 20 centimeters long, and cut through ligature and air passages.

However, it did not cut the spinal cord.

Dr. Alexandrov is quoted, as saying the evidence means a kitchen knife was most likely the weapon used in her killing.

The pathologist also noted while he took DNA swabs for testing as standard procedure, he did not believe Dr. Broadbridge was sexually assaulted.

However, in his opinion, he believed she was killed in a robbery gone sour.

Dr. Broadbridge, a former director of the National Museum and Art Gallery, was found dead in the bedroom of her home around 6 pm on Saturday.

Police believe that after slitting her throat, the assailants set fire to furniture on the ground floor of the home, in an attempt to burn down the two-story building.

Speaking with the media at the Forensic Science Centre in St. James yesterday, son of the deceased Stephen Broadbridge; reiterated his calls for the citizenry of this country to unite against the criminals element.