Assurances that Trinbago nationals in Jamaica are safe 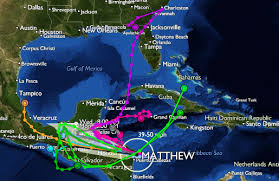 Assurances from his Excellency Fitzgerald Jeffery that Trinidad and Tobago nationals in Jamaica are safe and accounted for.

Jamaica was preparing yesterday for what was expected to be a significant hit from hurricane Matthew.

There were concerns about the safety of Trinidad and Tobago students and nationals on the island.

Yesterday morning this country’s High Commissioner to Jamaica, said based on the register at his office, nationals are safe and their whereabouts known.

Speaking on the Morning Show on i95.5fm, Mr. Jeffrey said some parts of Jamaica were already experiencing Matthew, but in the capital Kingston, there was an uneasy calm.

Community worker Roosevelt Augustin spoke with us on the Morning Show yesterday.

He said the impact of Matthew was already being felt.