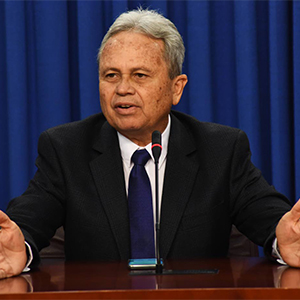 An assurance from Finance Minister Colm Imbert that Caribbean Airlines is under no obligation to pay for a dozen expected Max airplanes if they are found to be faulty.

Opposition Senator Sadam Hosein made the enquiry of the acting Prime Minister.

Following the two fatal crash incidents last year, the government sought to remove the Boeing 737’s from CAL’s fleet and stop the lease of new ones.

Minister Imbert gave an update on the situation.

When questioned on whether or not a deposit was made, the Minister said yes.

However he noted that if certification is not given for the aircraft the government would be reimbursed.

He was speaking during the question for oral answer segment in the Upper House on Wednesday.