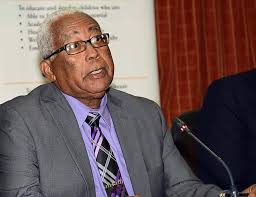 There will be school today contrary to a release which has been advising that all schools will be closed.

The Ministry of Education says that release is old.

In a statement, the Ministry says it has been made aware of a news report being circulated on social media indicating that schools will be closed today.

But the Ministry says this news report was carried earlier this year while the island was under the threat of Hurricane Bret.

Minister Anthony Garcia urges members of the public to curb the level of mischief which has been undertaken in recent weeks and has been a cause for public concern.

The Ministry says any information regarding the closure of schools will be transmitted through official ministry of education outlets.