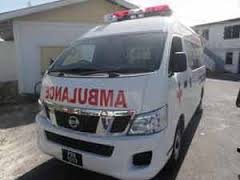 In Guyana a police constable is hospitalised and nursing stab wounds about his body, while another police officer was treated and discharged for stab wounds to his body also.

The two constables were attacked by a drunk patron outside a Lethem nightclub early on Sunday morning as they intervened in a confrontation between the man and a female rank, who he was said to be grabbing.

A police statement said enquiries revealed that the officers were outside of the night club when the intoxicated male patron from the Lethem Village, repeatedly held onto the hands of the female rank and was rejected.

It says her male colleagues intervened and an argument ensued; during the process the suspect pulled out a knife and stabbed the two constables about their bodies and fled.

The injured constables have been identified by their last names, Chichester and Samuels.

They were rushed to the Lethem hospital where Mr. Samuels was treated and sent away and Mr. Chichester who received injuries to his abdomen and left wrist was referred to the Boa Vista General Hospital where he underwent surgery and admitted in a serious but stable condition.

The man remains on the run.