2 boys are said to be hospitalised after they got stuck in an oil recovery pit in Pt. Fortin 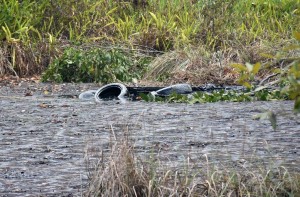 Two boys, Adiel Cyrus and Darold Clarke are said to be hospitalised and still traumatised by the incident which saw them stuck in an oil recovery pit in Point Fortin.

The accident yesterday occurred near their Egypt Village home.

The 12 and 14 year olds were flying a kite with friends at a recreation ground in the area when the string broke. 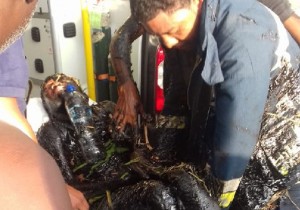 The kite is said to have drifted behind the Egypt Village Government Primary School.

Adiel went to get the kite and his 14-year-old brother followed.

But according to reports Adiel fell into an unfenced pit and Darold went in to help him.

They both became stuck.

Their step father Kenneth Small went to their aid and he had to be treated at hospital as well.

Their cousin Wayne Huygue was on the scene yesterday.

He said people in the community have lost animals because of these pits.

The 64-year-old Mr. Small is reported to have jumped into the pit which is 30 feet wide.

He held the boys heads above the surface until help arrived.

A team from Heritage Petroleum Company Limited went to the area after reports were made a bout the incident.

Also at the scene were officers from the nearby Point Fortin Fire Station and Area Police Station.