100K bail for Roxanne Oliver charged with beating a toddler 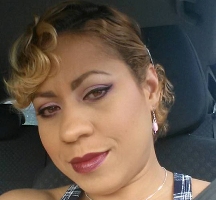 39 year old Miz Oliver appeared a Port of Spain magistrate yesterday, on allegations of assault against the toddler and causing grievous bodily harm.

Miz Oliver of Diego Martin stood in silence when she appeared before Magistrate Aden Stroude. She was represented by defence attorney Richard Mason.

Miz Oliver was not called upon to enter a plea on the allegations which were said to have occurred at her boyfriend’s Diego Martin home on August 12. She has been ordered to stay within 100 feet of the victim until her case is determined.

Miz Oliver will reappear in court on October 26.

It is alleged the child was punched in the stomach and back several times on August 12 when she was left in the care of a friend of her 42-year-old father at the man’s Diego Martin apartment.

The toddler remains on life support at the intensive care unit of the Eric Williams Medical Sciences Complex in Mt Hope.

The Children’s Authority will be seeking to take temporary custody of the child, once she is discharged from the hospital.