Winston ‘Gypsy’ Peters is back!!! 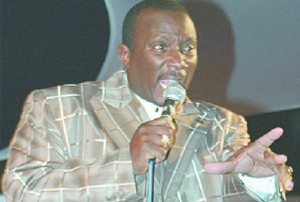 Politician and former Government Minister Winston Gypsy Peters is the back in the Extempo race. Gypsy was among those who competed in the preliminary round of the Extempo last evening.

The former MP for Mayaro has thrown his hat in the ring once again having been absent for some years. Gypsy is also a former Extempo champion several times over.

He was also crowned Calypso Monarch in 1997. He was selected one of seven finalists for the 2016 competition. The finalists will go up against reigning Extempo Monarch, Lingo.