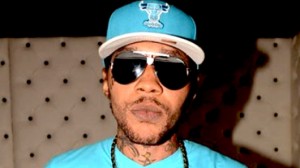 According to the global icon, while Kartel’s language is difficult to understand he is ‘mad’ with dancehall styles. The veteran could hardly pronounce the deejay’s name, however, he went on to explain the difference between Vybz Kartel and Jay-Z.

He said, “one is very different from the other, Jay-Z’s got this whole body of work and he’s put himself together with great tunes as well and Vybz Kartel is just completely mad dancehall and totally different”. “It’s very difficult to understand a word he says until you’ve heard it about 100 times,” he said laughing.

Mick Jagger was participating in a question and answer session on twitter recently.

The Rolling Stones is no stranger to Jamaican music. In 1978, their record label contracted reggae legend Peter Tosh and released his album Bush Doctor, introducing the artiste to a larger audience.

This entry was posted in Regional News. Bookmark the permalink.