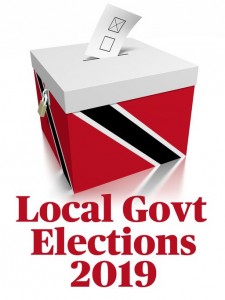 The number of eligible voters is one million, 70 thousand, nine hundred and sixty nine

The campaign came to an end yesterday

Parties and independents made last minute attempts to win the votes of the people.

There are 339 candidates taking part in this race, 25 more than the number in the 2016 Local Government Elections.

He reports from the Borough of Arima.

The Elections and Boundaries Commission has also made changes, which created two more seats.

The EBC says there are 2,107 polling stations.

Stay with us here at i95.5fm as we continue to bring you live coverage of voting across the island.

And later, at the close of polls we will have a live panel in studio to give analysis to the campaign and the count.