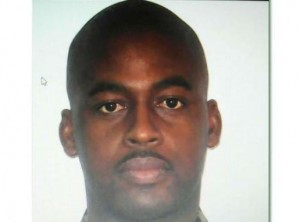 A soldier is gunned down at his Arima home.

He is identified as Corporal Jerry Leacock.

The incident occurred during the early hours of this morning. Reports say around 5:30, Corporal Leacock was at his Jacob Hill home when he was awakened by his wife’s screams.

It is said the officer ran into the living room area of the house where he was confronted by four men, one of them armed with a gun.

The suspect then opened fire hitting Corporal Leacock in the chest. The men then stole the officer’s vehicle and made good their escape.

42 year old Corporal Leacock was attached to the Cumuto camp.

Police are searching for the suspects.