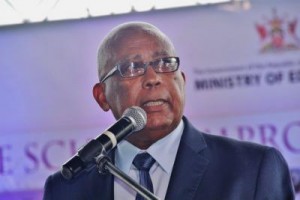 Meanwhile the Minister of Education says there is no real between his Ministry and private secondary schools, which accept S.E.A. students sent to them.

Minister Garcia says there is to be continued dialogue over outstanding payments to the institutions.

President of the Private Secondary Schools Association, Leslie Hislop says some schools are not willing to accept form one students sent by the Education Ministry.

Minister Garcia also said while he understands there is a need for an increase in the fees paid for spaces at these schools, the amount being queried is another matter.

The Mininster said when the proposal is made it will be taken to Cabinet for approval.