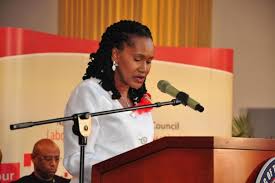 The Labour Minister says the former Peoples Partnership must take responsibility for the current economic condition in the country.

Minister Jennifer-Baptiste Primus says the last government was responsible for the wastage and mismanagement.

Mrs. Baptiste-Primus was speaking during the debate in the Senate yesterday.

She also said the unemployment rate had been on the increase and this was due to the failure of the last government.

She said her Ministry now has a plan to deal with unemployed persons in the country.

Minister Baptiste-Primus also noted the key element of the plan will be to establish a register of unemployed persons.