Fisherfolk get some help from the government 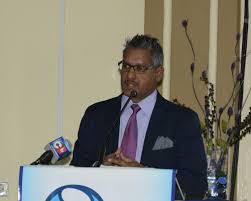 Fisherfolk whose livelihood has been affected by the recent fish kill and a drop in sales, are being given some help by the government.

Cabinet yesterday agreed to pay out some 1 million dollars to fisherfolk in the south of the country.

However, Prime Minister Dr Keith Rowley says this must be seen as assistance and not compensation.

Fisherfolk have been complaining about the impact of the fish kills, and the skepticism surrouding the quality of their catch.

At yesterday’s post-cabinet news conference prime minister keith rowley said the money is to help buffer the impact of the situation, while samples are being tested to determine the cause of the fish kill

Meanwhile, the Agricultural Minister said tests done by the Evironmental Management Authority confirm there is no sign of the chemical corexit in the waters

Clarance Rambarhat said tests conducted as recent as August 18th show there was a presence of hydrocarbon in bottom feeders, in particular catfish.

He said fish, water and soil samples from the Gulf of Paria would be sent for international testing, to find out what exactly went wrong

Mr. Rambarhat said his government remains concerend about the fish kill and he is hoping to get to the bottom of the situation.