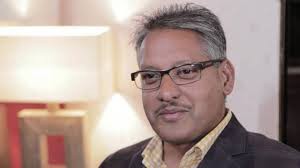 Agriculture Minister Clarence Rambharat admits the Local Cocoa Industry has been through too many cycles of neglect to generate the revenue and crucial foreign exchange T&T needs at this time. Minister Rambharat is quoted in the T&T Guardian as saying while research by the University of the West Indies indicates that conditions are prime in T&T to rejuvenate the sector it was left behind because oil and gas drove the economy.

The Agriculture Minister revealed, that at present T&T produces just 500 tons of cocoa annually—the lowest level of production in the history of the local industry. He added that to resuscitate the sector, producers would have to move away from the export of all the beans, and boost production, while manufacturing new products for local consumption and export.

Mr. Rambharat said there is great potential for cocoa to contribute to the economy but in the absence of a well-constituted sector, government will almost have to start from scratch to bring about its revival.