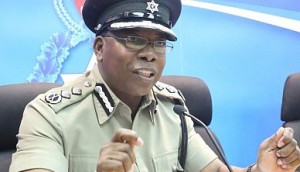 The acting Commissioner of Police wants government to tighten security surveillance of the country’s borders. This is in response to the number of gun related murders the country experiences.

The murder toll for the year to date stands at just over 400. In confirming the figure acting Police Commissioner Stephen Williams said while the figure is lower when compared to previous years, one murder is still too many.

He again said guns remain the prefered choice of weapon for criminals, adding that over 600 firearms were taken off the streets for the year. Mr. Williams said guns are not manufactured in Trinidad and Tobago and he is calling on the authorities to tighten the country’s borders

Speaking on the TV6 Beyond The Tape programme on Monday the acting commissioner also addressed the issue of the appointment of a Police Commissioner, saying the process is unnecessarily complicated.

The government has already taken a position on fixing the appointment process. Some recommendations have been accepted by the cabinet and this was announced by the Communications Minister Maxie Cuffie two weeks ago.