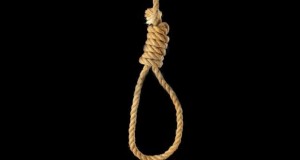 A 22 year old woman is found hanging at her Arima home. She is Falisha Chadee

The incident is said to have occurred yesterday. Reports say, around 7.51 last evening, officers of the Arima police station responded to a trouble call a Mahabir Trace.

It is said when officers arrived, they found Miss Chadee, hanging from a rope tied around her neck, attached to the ceiling in her bedroom.

A male relative was later interviewed by police. He reportedly told investigators they had an argument on Friday and he left her home around 10.45 pm.

He said that was the last he saw Miss Chadee.

An autopsy is expected to be performed on the body today.