Prison officers could be suspended over deadly jail-break 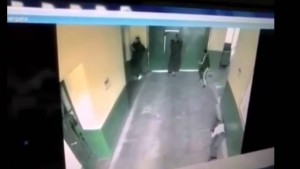 The team of police investigators into the July 24 prison break has been increased.Acting Commissioner of Police Stephen Williams says this should hasten the probe into how three remand prisoners got access to guns and a hand grenade two Fridays ago.

He says the investigation is also expected to unveil who assisted the inmates with the plot, which left a police officer dead.

Mr Williams said, the team assigned to lead investigator DCP Glen Hackett has been increased to speed up the probe.

However, he said the Commissioner of prisons is expected to determine, if prison officers would be suspended in connection with the deadly jail-break.

Speaking with reporters yesterday, Commissioner Williams said at the end of the probe the lone survivor Christopher Selby is expected to be charged.

On July 24TH, Hassan Atwell, Alan “Scanny” Martin and Christopher “Monster” Selby, shot their way out of the Port of Spain Prison on Frederick Street.

As they escaped, they shot at police officers stationed outside the jail and killed 27-year-old Police Constable Sherman Maynard.

Mr Martin was shot dead by police at the Port of Spain General Hospital and Mr Atwell’s bullet riddled body was found in east Port of Spain some 24 hours later.