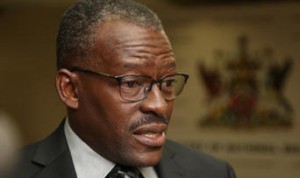 On Wednesday President Carmona insisted the Prime Minister knew before hand of the discussion he held with Minister Dillon, the Chief of Defense staff and the Acting Police Commissioner.

He said he only became aware that there was an actual meeting after the fact.

Dr. Rowley maintained he gave no approval for national security talks with the president before hand.

He said he found out via the media.

He said when he became aware of what had taken place he sought legal advice on the matter.

When questioned about who was telling the truth in this matter, Dr. Rowley said he preferred to leave it up to the citizens to judge.