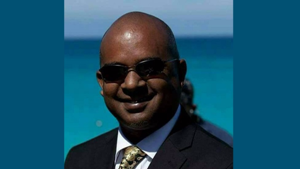 Mr Rajpaul is said to have collapsed while playing a game of football in his Belmont East community on Saturday.

Port of Spain Mayor Joel Martinez said he was shocked and saddened by the news. He said Mr Rajpaul, was an avid and healthy sportsman.

He said the entire council is saddened by his death. Mr Rajpaul was 51 years old.