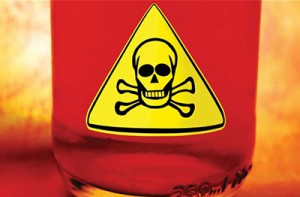 A 40 year-old man who allegedly doused his ex-girlfriend with acid remains on the run. Rachael Chadee is now warded after she was doused with the corrosive substance in her home.

According to reports Ms. Chadee was at home on Monday when the man, against whom she has a protection order, entered the house. Police say he gained access through a window. Reports say the assailant was armed with a bottle of acid, a knife, rope and duct tape.

He reportedly attacked the 35 year-old mother of three and threw acid on her. A struggle ensued as the man forced Ms. Chadee to drink the some of the corrosive liquid. He then cut her in the face. The attacker fled the scene through the window he used to enter the house.

Reports say Ms. Chadee and the suspect had a 14-year relationship. However she left him and took out a protection order against him. Police warrants are now out for his arrest in connection with a cocaine possession charge and for breaching a restraining order.