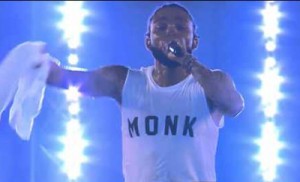 Soca artiste Machel Montano drops the lawsuit against former national football captain Dwight Yorke, for the use of his name to promote a concert in Tobago. Montano had filed the lawsuit against Yorke for falsely advertising that Montano was to perform at Yorke’s ‘Island Vibe’ party at Pigeon Point, Tobago.

Attorney Jacqueline Chang filed a notice of discontinuance on Monday on behalf of Yorke as the matter came up for hearing at the Hall of Justice, effectively ending the proceedings against Yorke. Lead attorney for Montano, Larry Williams said his client was not interested in seeking damages from Yorke.

However, there was a legal procedure to be followed after the injunction was granted to Montano to prevent Yorke from further using his name to promote the party. Montano still has the option of taking legal action against Yorke for damages if he chooses to.