Hillary Clinton has accepted the nomination of her party 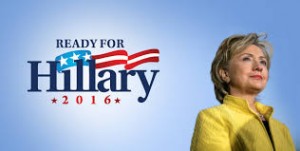 Hillary Clinton has accepted the nomination of her party to be the candidate for President in the November election in the United States.

On the final night of the Democratic Party Convention Mrs. Clinton told voters the presidential election is a “moment of reckoning”.

She has made history by accepting the democratic nomination.

Mrs. Clinton is now the first woman ever to be a presidential nominee in the United States.

She took Donald Trump to task during her address.

Mrs. Clinton sought to rally the troops telling them don’t believe the rhetoric of her opponent.

Donald Trump tweeted that the speech had failed to address the threat posed by radical Islam, making the former Secretary of State unfit to lead the country.