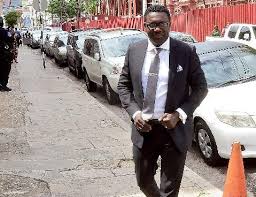 There is an insistence from critics of Watson Duke that he steps down as President of the Public Services Association, now that he has been charged with criminal offenses. Mr. Duke has said he sees no need to step down although he is now on bail for sex related charges, leveled against him by an employee.

Via the Vice President of the PSA, Christopher Joefield, his executive said it is standing behind him. But a former General Secretary of the union Oral Saunders says Mr. Joefield should know better.

He said its there in the constitution of the association. Mr. Duke has been granted $250,000 bail and has to return to court on June 9th. The controversial union leader has denied he sexually assaulted the 33-year-old attorney at a hotel in Port of Spain.