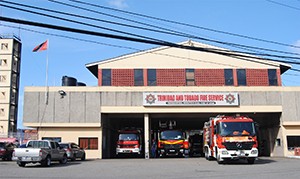 Rat infestation at the Wrightson Road headquarters of the Trinidad and Tobago Fire Service. Head of the Fire Officers Association Leo Ramkisson has confirmed there are rats in the officer’s dormitory and a leaking roof.

The executive of the Fire Service is now said to be in emergency session as they seek to deal with the problem while officers occupy other spaces around the building. However Mr. Ramkisson made it clear the officers are not on strike. Efforts to contact the Fire Service Public Relations Officer have so far proven futile.