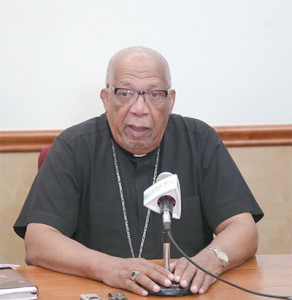 The Archbishop of Port of Spain is distancing itself from the Inter-Religious Organization’s support of the marriage act.

Archbishop Joseph Harris says the Roman Catholic church is not in support of that section of the marriage act.

Members of the Inter-Religious Organisation met recently on the matter.

IRO head brother Harrypersad  Maharaj said out of the 25 representatives 17 of them were in support of child marriage.