TTPS says there has been a reduction of shootings and woundings 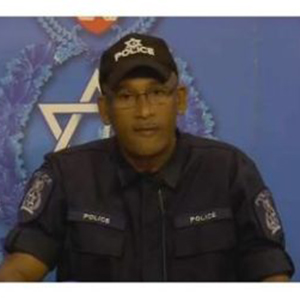 The Trinidad and Tobago Police Service says there has been a reduction of shootings and woundings.

Data provided by the Trinidad and Tobago Police Service says there has been a 46% reduction when compared to 2017.

Speaking at the police media briefing yesterday Acting Inspector Randall Mc Guirk also boasted that the Port of Spain division has the fourth highest detection rate in all nine divsions.

Inspector Mc Guirk is attributing this to good leadership and hard work in the division.

He adds that the police service has seized over 80 firearms for the year so far representing a 13% increase when compared to the same period last year.

Meanwhile Acting Inspector Mc Guiirk added officers will be stepping up their foot and mobile patrols for the upcoming Chirstmas season.