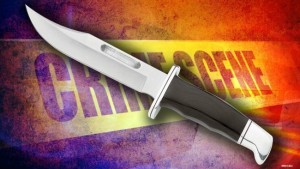 A stabbing incident involving a special reserve officer is receiving the attention of the Police Social and Welfare Association.

The body is calling for an investigation into matter.

The incident is said to have occurred on Ariapita Avenue last Friday night. Reports say two people were stabbed by a man claiming to be a police officer. It is reported the man also pulled a gun on the group.

The incident was caught on tape and has since made its way to social media.

Two people remain warded at the Port of Spain general hospital nursing stab wounds. The victims have been identified as Jeannette Vilafana and Shane Charles.

Yesterday president of the Police Social and Welfare Association, inspector Anand Ramesar called for a thorough probe into the matter. Inspector Ramesar said the findings must also be made public.