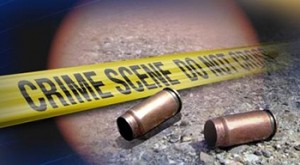 Investigations are continuing into the murder of Quasi Mohammed. He was shot on Tuesday evening just before 8 o’ clock in La Horquetta.

Reports say the 22 year old, his sister and his girlfriend were at a house at Phase 2 C.L.R James when an armed man entered the house and opened fire. Mr Mohammed was shot in the head, he died at the scene.

His sister was hit several times about the body. She was rushed to the hospital where she remains warded in a critical condition.