Helen Drayton Resigns as Chairman of the board of CNMG 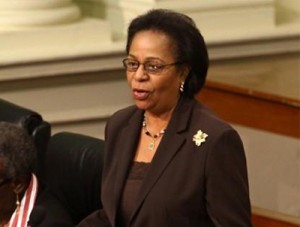 Helen Drayton has resigned as chairman of the board of CNMG and the Government Information Services Limited. Mrs. Drayton has confirmed her resignation.

The former Independent Senator was appointed chairman shortly after the government assumed office in September last year. She was the head of a team consisting of three others.

The board was mandated to oversee the eventual merging of the two companies. Mrs. Drayton is reported as saying her resignation came after she submitted a proposal on the way forward for CNMG and GISL.