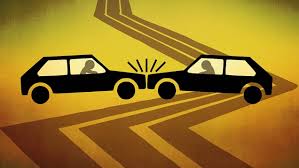 An accident leaves a mother and 3 children seriously injured.

Reports say the accident occured at around 8:30am yesterday on Maracas Royal Road near Freeman Street.

Shereena Ali and her children were rushed to hospital after the car they were travelling slammed into a concrete wall.

Newscenter 5 understands the car was driven by a close male relative who reportedly fled the scene after the crash.

Witnesses say after exiting the vehcile the man kept loudly threating the family.