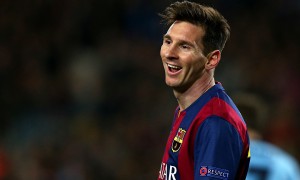 Barcelona prosecutors are calling for the arrest of Lionel Messi’s father in a tax fraud case.

Prosecutors have cleared Messi of wrongdoing but are seeking an 18-month prison sentence for his father, Jorge Horacio Messi, for allegedly defrauding Spain’s tax office of 4 million euros ($4.5 million) in unpaid taxes from 2007-09.

The decision is considered a win for Lionel Messi, who also had been mentioned in the investigation. A Spanish judge had recently rejected an appeal filed by the player’s lawyers to drop the Barcelona star from the case.

In the documents made public on Tuesday, prosecutors also called for a fine of 2 million euros ($2.2 million) for the father of the Argentina playmaker.

This entry was posted in News, Sports News. Bookmark the permalink.