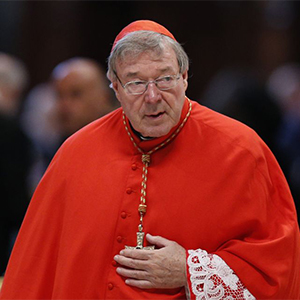 A landmark inquiry finds that Cardinal George Pell knew of child sexual abuse by priests in Australia as early as the 1970s but failed to take action.

The findings on Cardinal Pell – an ex-Vatican Treasurer – come from Australia’s Royal Commission into child sexual abuse, which ended in 2017.

Details were only revealed recently.

A court had previously redacted the report because the cleric was facing child abuse charges at the time.

The Cardinal has denied the findings.

He said he was “surprised” by the Inquiry’s report, adding: “these views are not supported by evidence.”

Cardinal Pell was convicted of child abuse in 2018, but last month was released from jail after Australia’s top court overturned his conviction.