1.5Mil worth of marijuana seized in Cedros 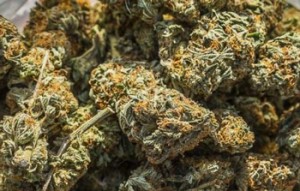 A 1.5 million dollar drug bust in Cedros. 5 men are arrested.

In a statement the Coast Guard says officers were on routine patrol yesterday along the south coast, when they intercepted a pirogue.

It is said upon further inspection the officers discovered five men onboard the vessel and 7 crocus bags. The Coast Guard says the vessel and its occupants were escorted its  Cedros base.

A search of the bags found two hundred and twenty-eight packets of marijuana, weighting a total of one hundred and forty-eight point seventy-five kilograms, with an estimated street value of 1.5 million

The men and narcotics were handed over to the Organised Crime Narcotics and Firearms Bureau for further processing.